The FBI investigation of Hunter Biden’s finances could make President Joe Biden a target of the probe as emails reveal the pair shared bank accounts and paid each other’s bills.

Emails obtained by the Daily Mail from Hunter Biden’s abandoned laptop, which was verified by an independent source and the Wall Street Journal, show that his business partner, Eric Schwerin, was working on Joe Biden’s tax returns and discussing the father and son paying each other’s bills, Fox reported.

According to the emails recovered by the Daily Mail, hunters abandoned laptop also showed Schwerin, Hunter’s business partner at consultancy Rosemont Seneca, fielding request for a book deal for the then-Vice President, as well as handling the donation of Joe’s Senate papers to the University of Delaware.

The Daily Mail stated that it was unclear why Schwerin had such an intimate role in the affairs of the vice president rather than such personal matters being handled by government officials in the office of the Vice President.

What the emails reveal

Hunter Biden has admitted last year that he was under federal investigation over his taxes, Fox reported.

“I was dealing all afternoon with JRB’s taxes (but solved a big issue – so it was all worth it),” Schwerin wrote to Hunter in an email dated April 9, 2010.

“Your Dad’s Delaware tax refund check came today,” Schwerin wrote to Hunter in an email dated June 10 2010. “I am depositing it in his account and writing a check in that amount back to you since he owes it to you. Don’t think I need to run it by him, but if you want to go ahead. If not, I will deposit tomorrow.”

How problematic will this be for President Biden?

In answering the question of how problematic this situation could be for president Joe Biden, the Daily Mail consulted the opinion of a former federal prosecutor, who is also an expert on criminal tax law and money laundering. According to this consultant, if money did flow between Hunter and Joe, it would make the president a target of the probe.

“Whatever transaction you’re looking at, if there’s a connection to a family member or friend, the answer is yes [they would be investigated],” the ex-prosecutor, who spoke on the condition of anonymity told the Mail.

However, investigators would have a difficult time obtaining a sit down with the president.

“Obviously, if you’re talking about the president of the United States, you’d better have a pretty damn good reason to talk to that person,” the ex-prosecutor added.

“The information available publicly is very worrisome, particularly in the areas of corruption,” another expert, former U.S. Intelligence Officer and Treasury Special Agent John Cassara, told DailyMail.com. “They could go at this from all different avenues. Follow the corruption trail and then charge money laundering.” 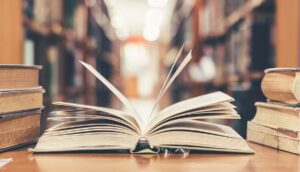 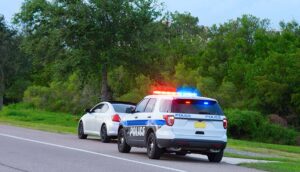