Identity of Loch Ness Monster Solved…You’ve Got to See This, Shocking!

Everyone’s seen the now-famous photos of the alleged “Loch Ness Monster,” and there are lots of competing theories about what might be living in the Scottish body of water. Late last month, scientists published a study pointing to plesiosaurs, but the true identity of “Nessie” has been solved – you’ll be shocked to see!

By now, most people have seen some of the famous photos of the Loch Ness Monster, affectionately dubbed “Nessie,” that resides in Loch Ness, a lake in the Scottish Highlands.

The Loch Ness monster is described as a large creature with a long neck and one or more humps that protrude from the water as it swims. The creature is part of Scottish folklore and draws a lot of debate over whether it exists at all.

Despite a variety of photographs of the creature and tests such as sonar readings, many write off the Loch Ness monster as simply a myth of cryptozoology. These same skeptics dismiss the evidence by various measurement techniques as pseudoscience.

Scientists say Loch Ness monster could have lived in Scotland

In late July 2022, a discovery hinted that the Loch Ness monster could be real and may have been a plesiosaur, which some scientists now believe may have lived in freshwater, the New York Post reported.

A joint study was published in the journal Cretaceous Research involving researchers from the University of Bath and University of Portsmouth in the UK and Université Hassan II in Morocco. The study reported that fossils of plesiosaurs were found in the Morocco portion of the Sahara Desert.

According to the study: “Plesiosaurs were a long-lived and widespread group of marine reptiles, with a worldwide distribution and a temporal range from the Late Triassic to the Late Cretaceous.”

Still, given that these long-necked dinosaurs died out completely around 66 million years ago, it’s doubtful one is still living in Loch Ness.

One of the most well-known photos of the Loch Ness monster is the so-called “surgeon’s photograph,” taken in 1934 by London gynecologist Robert Kenneth Wilson, which shows a creature with its long neck protruding out of the water, sporting a small head and what looks like a hump or two.

But now, the mystery of what this photo likely captured swimming in the water has seemingly been solved.

What the doctor likely photographed is… Wait for it…

Recently, a group of alpacas broke free from their pen in nearby Dores, Inverness, Metro reported. They made their way to Loch Ness, where they went for a dip.

A group on Facebook that goes by the name “Loch Ness Alpacas” posted a video of an alpaca swimming in Loch Ness, and its shadowy shape is a dead ringer for the image we see in the famous “surgeon’s photo” of the alleged “Nessie.”

An alpaca swimming in Loch Ness is so remarkably similar that many believe the mysterious identity of the Loch Ness Monster has finally been solved. 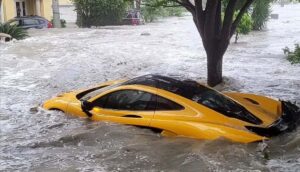 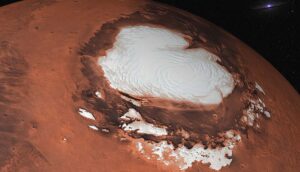 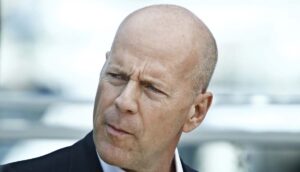